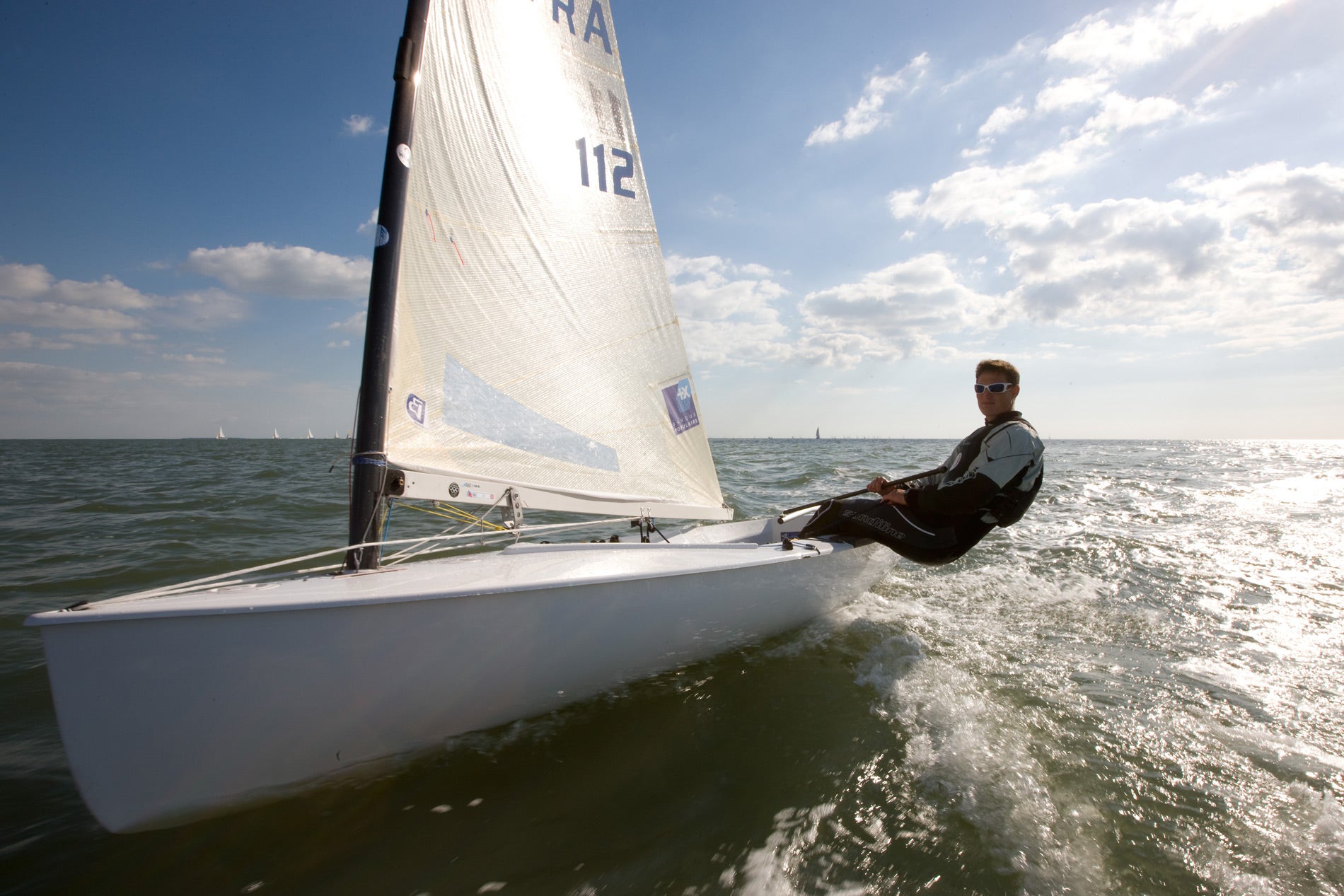 6 feet 4 inches, and 220 pounds of muscle. The man they call John has the look of a gladiator and the physique for the job: he's a champion in the Finn class, the single-handed dinghy for powerful, strapping yachtsmen. Football, judo, swimming, ice hockey and then handball all caught his eye, but it was sailing that he set his sights on. He started in the Optimist class at the age of seven on the banks of the river Saône, followed by the Laser and finally the Finn, an obvious choice given his impressive size.

A boat in which the Moselle native excels, both at the tiller and when hiking. A beast in competition, Jonathan Lobert also has brains to go with his brawn. With a master's degree in construction, mechanical and civil engineering, in 2010 he was promoted to the rank of second master in the French Navy. Armed to win, he then joined the French national team.

Two years later, at the London Olympic Games, he bagged a magnificent bronze medal, the first and last of the tricolor clan on the waters of Weymouth. A stunning performance that he would repeat in 2015 in Takapuna, New Zealand, where he was runner-up in the world championships. Jonathan dreamt even higher, but came down to earth with a bump in Rio. Fourteenth in the Olympic Games at the foot of the Corcovado mountain, the colossus took a hit but wasn't out for the count.

In 2017, he picked himself up and came back even stronger: crowned European champion in Marseilles, he came within a whisker of winning the world title in Hungary. A collector of podium places, John now wants to reach the top. A skillful tactician and relentless worker, he does repeated high-intensity training sessions off the coast of La Rochelle, pumps iron and tames the waves to make sure he has the means to achieve his dreams. Because in 2020, he'll be landing for the gold rush in Tokyo! And, who knows, we may yet see him aboard a boat in the America's Cup...

His vision of Julbo

"Julbo sunglasses are a real asset when performing in regattas. They're great for reading the surface of the water so you can see the "cat's paws", the famous little waves that tell us about the intensity of the wind. The quality of the lenses and the wraparound shape of the frames give us perfect protection from spray and especially glare. In my eyes, Julbo is essential!"