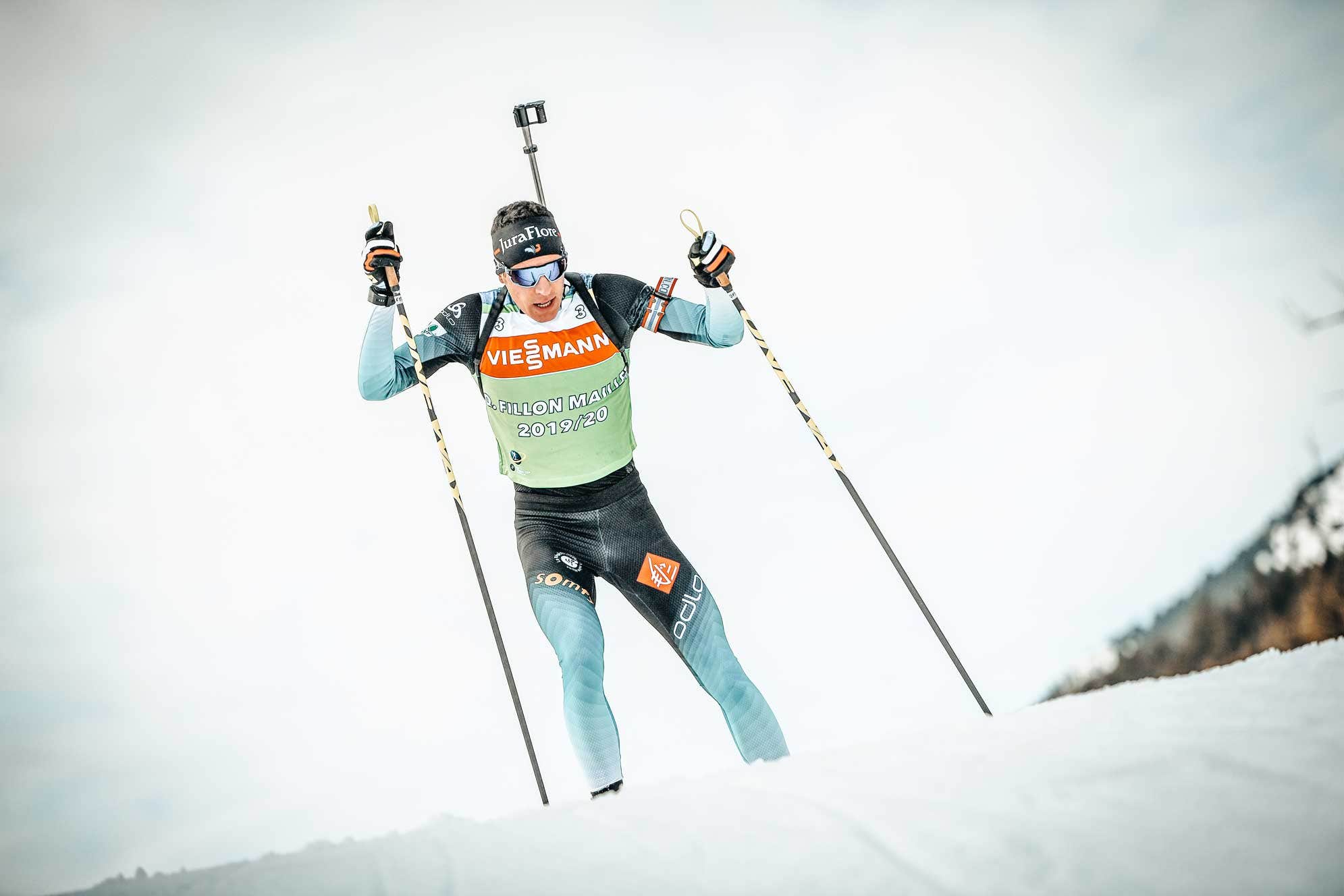 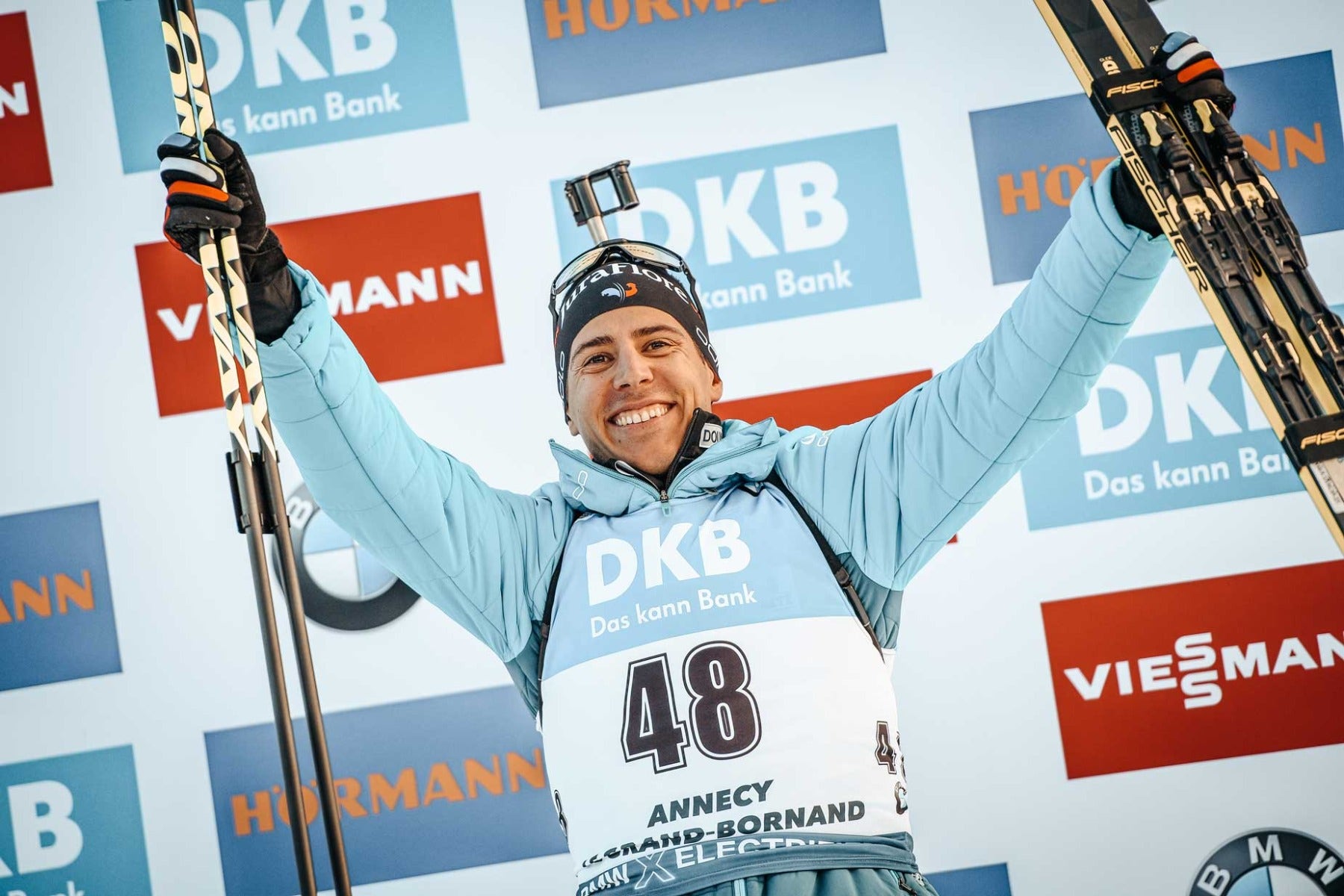 "In search of excellence!"

Biathlon's in his blood! And the Jura runs through his veins. Quentin Fillon-Maillet's career can be traced back to Saint-Laurent-en-Grandvaux, ten kilometers as the crow flies from the headquarters of... Julbo! It was in this small village, perched 900 meters above sea level in the middle of the mountains, that it all started for the Frenchman. In a Nordic skiing paradise.

The Fillon-Maillet family has shared a passion for outdoor sports over several generations. Whether skiing, biking or hiking, Quentin and his family explored every forest of the massif. Guided by his parents, he discovered cross-country skiing competitions at the age of ten. Four years later, a rifle on his back, he made his biathlon debut. Crowned junior French champion in 2008, the teenager began to dream of a professional career.

From dream to reality

A member of the French junior team in 2010, the Jura native competed in his first IBU Cup season in 2012. His performances were quickly noticed by the French staff who invited him to join the France A team on a training camp alongside the Fourcade brothers, Béatrix, Bœuf and others. In 2014, Quentin Fillon-Maillet found himself catapulted into the world cup in Le Grand-Bornand. His first thrill in the major league.

In January 2015, Quentin shot for the stars by securing his first world cup podium in the mass start in Ruhpolding. A second place after an epic sprint with the German Simon Schempp, just eight centimeters ahead of him in the photo-finish! His finest memory yet. 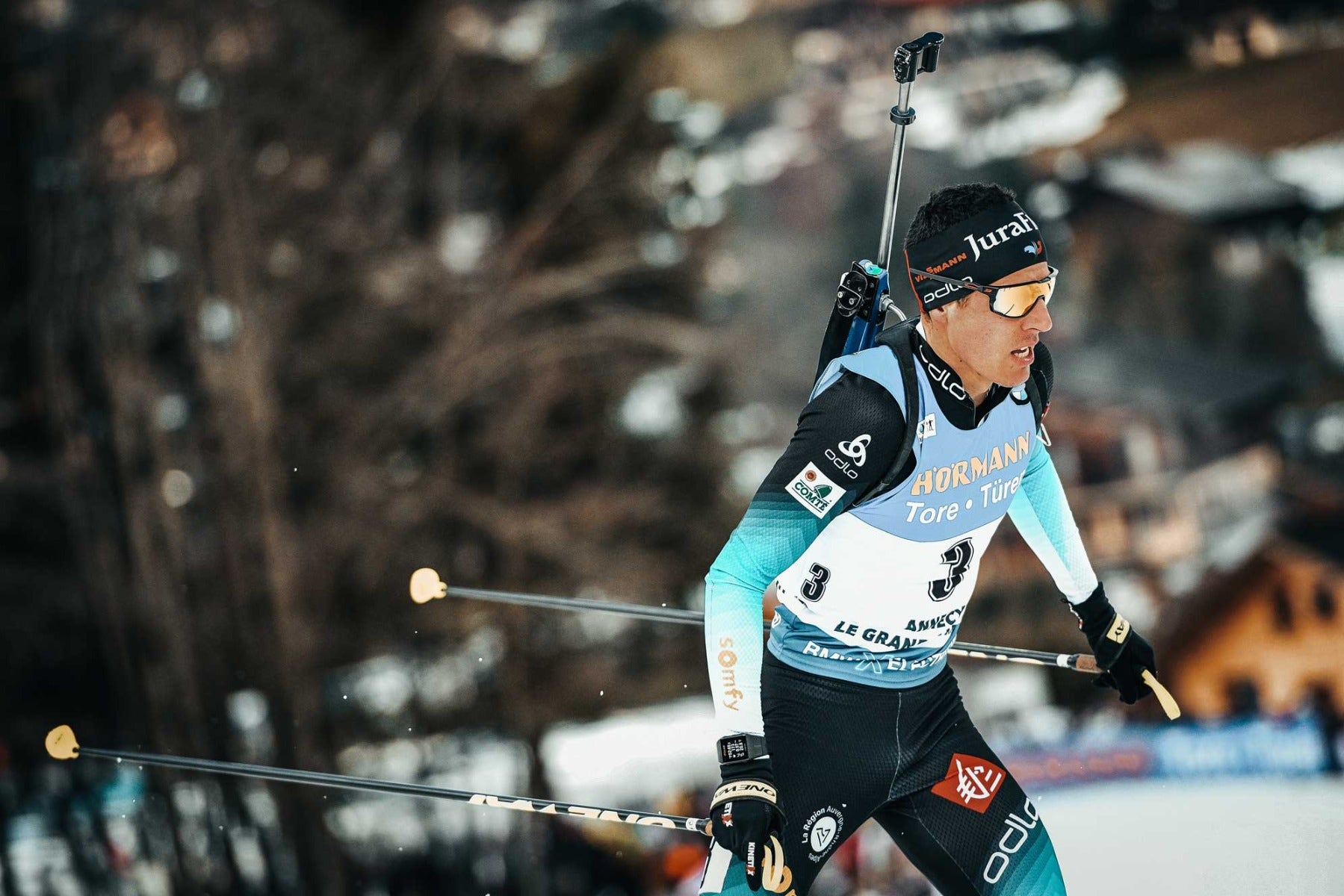 Out of the shadows into the light

Now firmly in orbit, the biathlete continued to dazzle over the following years. Although he failed in his quest for an Olympic medal at the Pyeongchang 2018 Winter Games, his stars turned gold in the Antholz-Anterselva mass start in 2019, where he won his first world cup victory. His greatest thrill.

In 2020, Quentin Fillon-Maillet, who for many years had been in the shadow of his boss Martin Fourcade, found himself in full sun. Awesome on skis and unflappable behind a rifle he made himself, he shone at the Worlds (gold in the relay, silver in the mass start and sprint) and made the world cup podium, with wins in each of the individual disciplines: 2nd in the sprint, 3rd in the pursuit, 3rd in the individual and 2nd in the mass start. A meteoric rise!

Impressive in his consistency, Quentin Fillon-Maillet has asserted himself as the new leader of the French team. Ever more ambitious, his eyes are now firmly fixed on Olympic medals and crystal globes. Two objectives well within his sights. 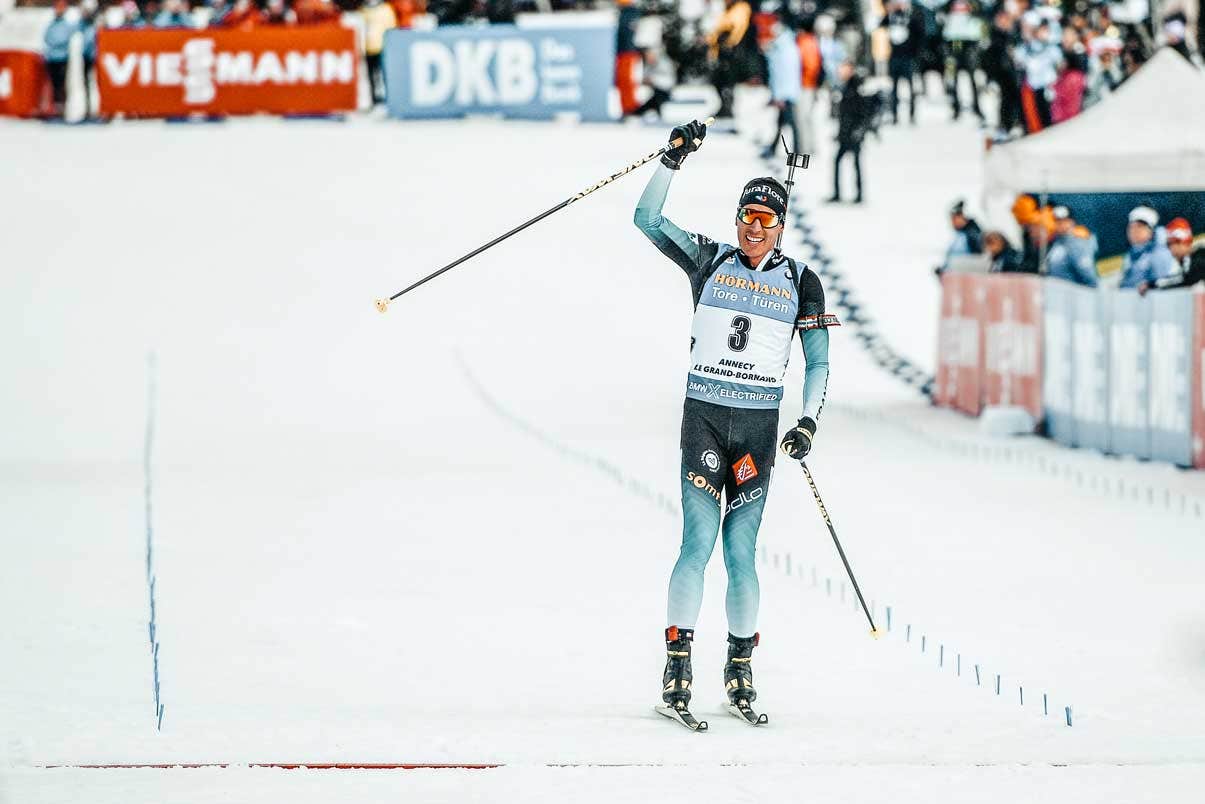