In service to the group

From Normandy to the Jura, Anaïs Bescond hasn't followed a typical path. Almost fifteen years after her debut in the World Cup, she's established an exceptional track record, most notably as one of the stars in the French relay event.

FROM THE HEDGES OF NORMANDY TO THE HAUT JURA

Put simply, nothing suggested Anaïs Bescond would live out such a destiny. Born in Calvados, in the heart of Normandy's fields and hedges, the Bescond family settled in the Jura when Anaïs was just a child. At age 5, she started skiing on the slopes of the Haut Jura. And another life began. Anaïs Bescond secured a place in the French Juniors team, and took five medals, including three in the relay. She made her World Cup debut in the 2007 season on the legendary Oslo stage. The Julbo biathlete continued on her path and established herself in the French biathlon landscape. In December 2010, she got her first significant result with fifth place in the sprint in Pokljuka. In early January 2011 in Oberhorf, she took to the World Cup relay podium for the first time. History in the making.

A decade later, she boasts a brilliant record: 32 podiums with the women's relay and 9 podiums in the mixed relay. Amazing. "There've been a lot of medals, but quite a few disappointments too. I prefer to remember the wins and not the penalty laps, and yes, we've had some fantastic relays. Getting on the podium as a team is just as great as it's always been," she says when discussing her personal history with the French relay event. In January 2014, the superb course in Antholz was the setting for her personal moment of glory, when the woman nicknamed "Nanas" won the sprint on the Italian stage. In 2018, she returned from the Pyeongchang Games with three medals round her neck. Gold in the mixed relay, and bronze in the women's relay and pursuit. The ultimate reward for an athlete who's dedicated her career to Team France. A group in which she's now seen as the doyenne of the team. And an essential character in the life of the collective. "A woman like her encourages us to go beyond our limits because she's always trying to push on, to make gains on the little details," explains Simon Desthieux.

She'll be heading off to Beijing for a new Olympic campaign, the third of her career, with not only personal ambitions but also collective for the French team in which she is one of the leading lights. 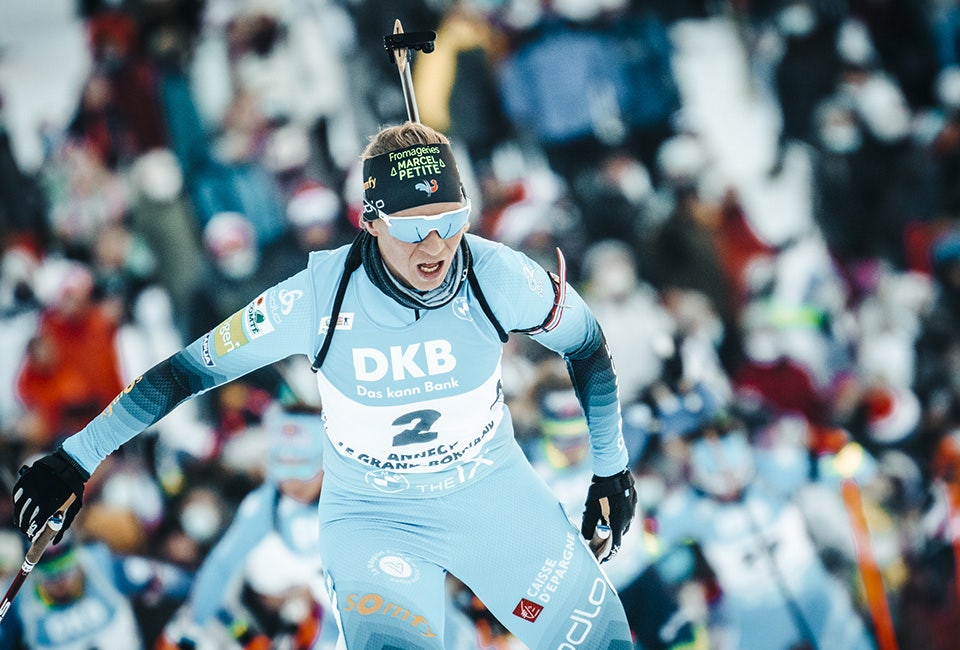