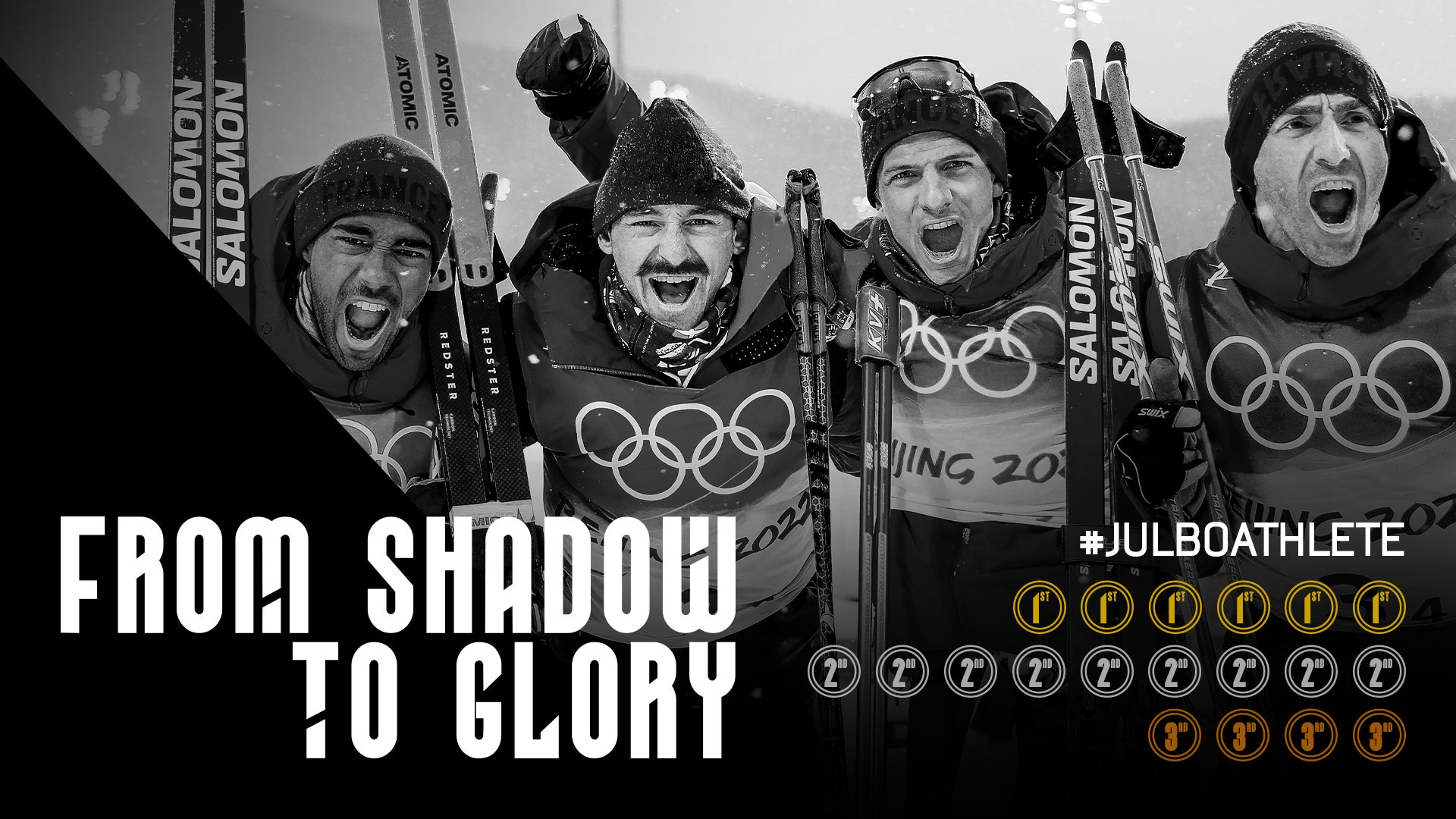 A medal record for Julbo athletes in Beijing

After an intense and highly emotional fortnight, Julbo athletes are leaving the Beijing Winter Olympics with a haul of 19 medals. Six more than four years ago in PyeongChang. We review their performances.

Historic. Unique. It's hard to find the right words to describe the emotions we experienced during the Olympic fortnight. With a record 19 medals, our athletes completed an exceptional 14 days. Sporting performances, but human stories first and foremost. Read on to find out more.

Gold for Boe, silver for Simon, Fillon Maillet and Chevalier

A showdown between France and Norway was on the cards. The mixed relay turned out to be the appetizer in this Olympic duel. For the first event, on a shooting range subjected to unpredictable winds, Tarjei Boe's Norway took gold in the sprint ahead of France. Anaïs Chevalier-Bouchet, Quentin Fillon Maillet and Julia Simon brought the first medal home to the French delegation. 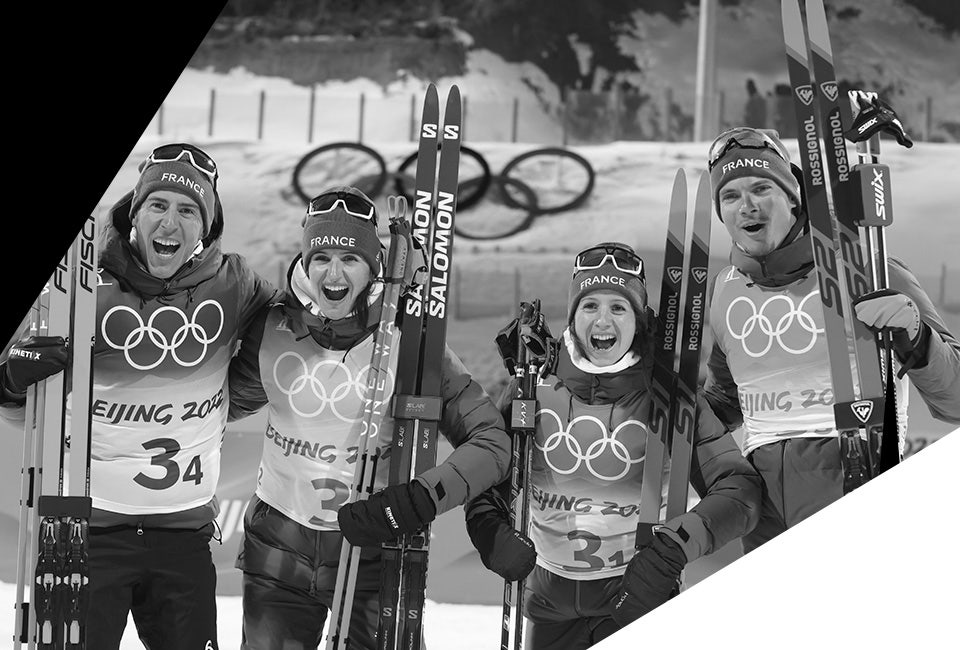 Three years ago, Anaïs Chevalier-Bouchet chose to put her career on hold to welcome her daughter Emie into her life, but promised herself she'd be back for the Beijing Olympics. On February 7, at the age of 28, the Julbo athlete won the silver medal in the 15km individual event.

"What's happening to me is just crazy," she said. "I'm just so happy. I came to get at least one medal in an individual event and one medal in the relay and I've got both. It's incredible." 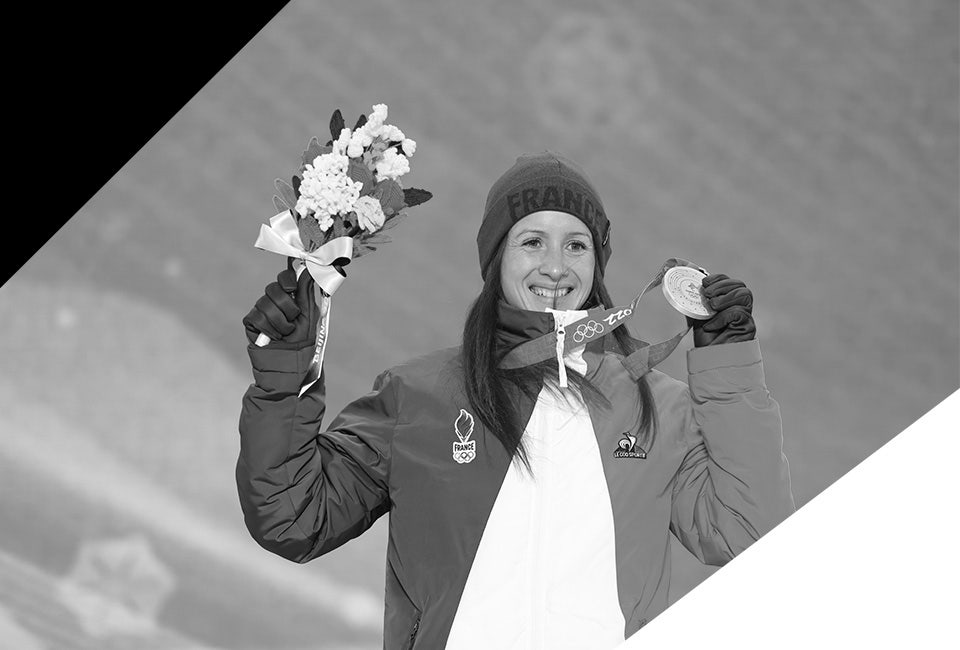 After silver in the mixed relay, Quentin Fillon Maillet won the gold medal in the 20km individual event. His first title. Four years after a difficult Olympic experience, the Jura native reflects on his childhood dream.

"The little boy who dreamed of being an Olympic champion has made it a reality," he explained. "It's absolutely fantastic and a bit of revenge for the Winter Games four years ago that were tricky for me." 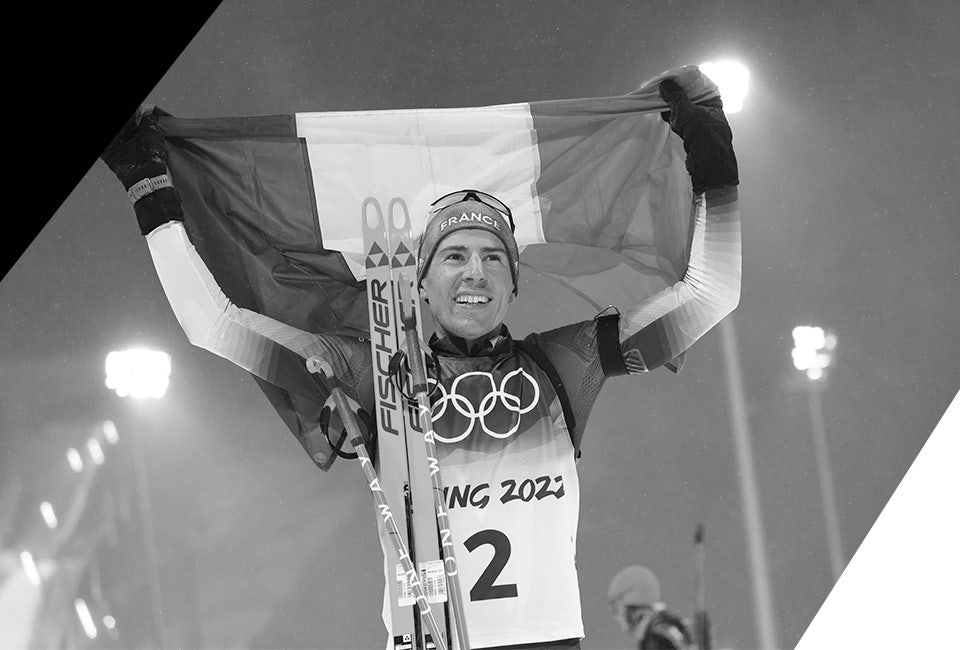 Chloé Trespeuch gets her revenge

Four years ago, in PyeongChang, Chloé Trespeuch was vying for the podium when she fell a few meters from the finish line in the final and saw the medal slip away. Disappointed, the Savoy native wanted her revenge and took it on February 9 by winning silver in the snowboard cross, her second Olympic medal after the bronze she won in Sochi in 2014:

"When I look at my medal, I see all the obstacles I've overcome. The gold medal at the 2026 Olympics is already in the back of my mind." 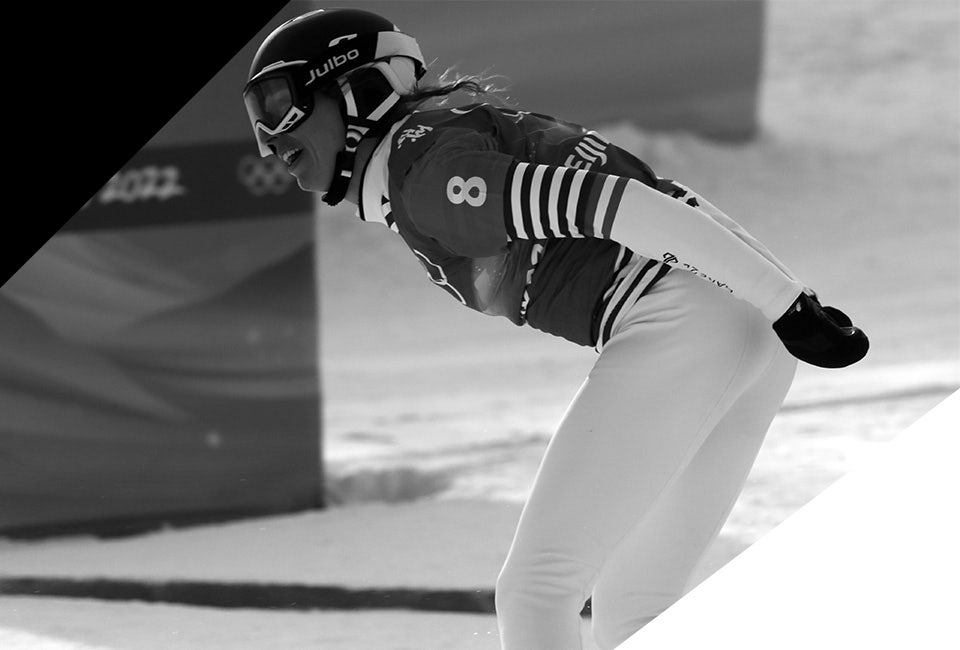 After Olympic gold in the individual event, Quentin Fillon Maillet continued his quest. He took the silver medal in the sprint. And without missing a target, the Jura native could have claimed gold. He shared the podium with Tarjei Boe who took bronze. After three Winter Olympics, the 33-year-old Norwegian won his first medal in an individual event.

"It's like a fairy tale. We could have written a whole book without ever managing to tell this story. I never thought I'd do it. I feel so happy." 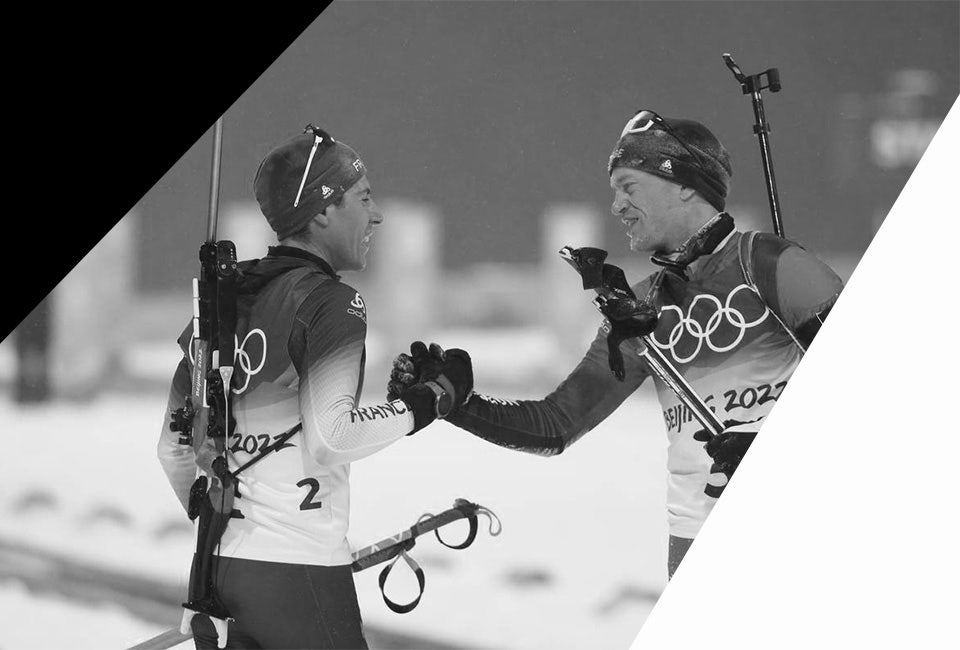 February 13 will always be a historic day for Julbo athletes.
First there was the joy of Maurice Manificat, Richard Jouve and Clément Parisse (accompanied by Hugo Lapalus) taking the bronze medal in the 4x10km men's cross-country skiing relay.

A few hours later, in a perfect race on skis and behind his rifle, Quentin Fillon Maillet added a second gold medal to his haul by winning the pursuit. And behind the Frenchman, another Julbo athlete was to appear on the podium. After the bronze in the sprint, Tarjei Boe won the silver medal. 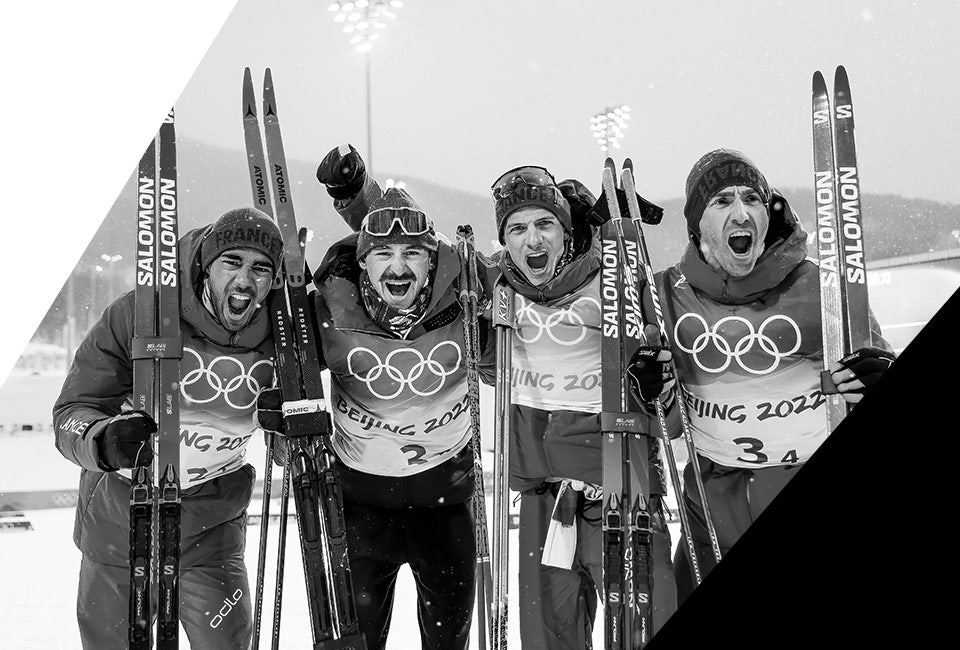 Tears, failures, comebacks... The 4x7.5km men's relay had all the ingredients that make a great story. In an epic fight, Norway's Tarjei Boe and Sturla Holm Lagreid won the Olympic title.

"It's a dream come true," said Lagreid. "It's an amazing team performance and a moment I'll never forget."

Norway edged out the French team of Simon Desthieux and Quentin Fillon Maillet who were accompanied by Fabien Claude and Emilien Jacquelin. It was a medal France had been expecting for the last 16 years. With five Olympic medals, Quentin Fillon Maillet entered the history of French sport by becoming the Frenchman with the most medals won in a single edition of the Winter Olympics. 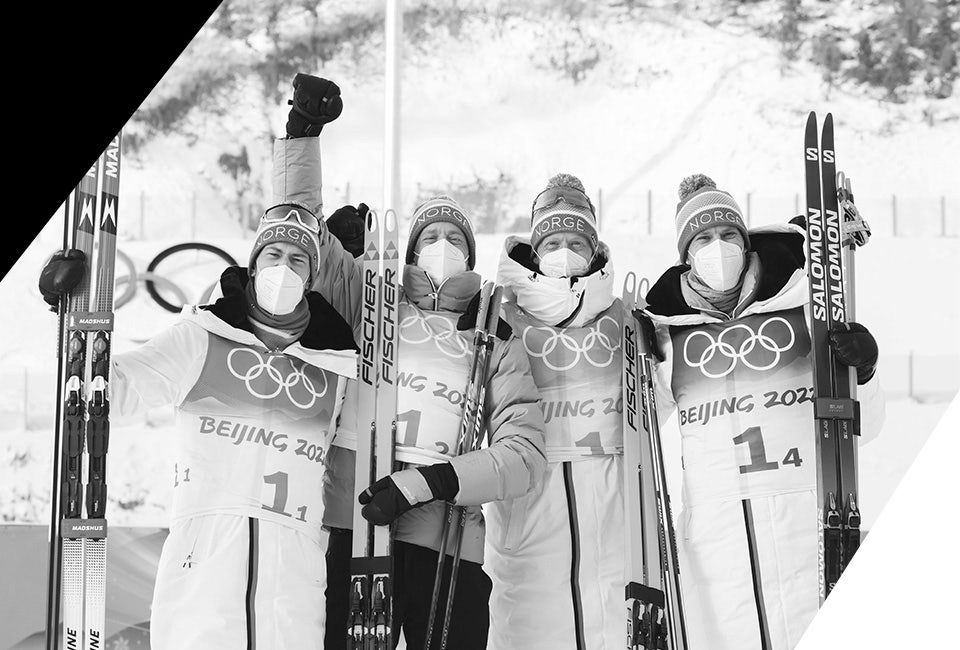 The golden smile of Justine Braisaz

The event of a lifetime. For Justine Braisaz, it took place on February 18. After a difficult fortnight, the 25-year-old Savoy native skied the perfect race in the women's mass start to win the Olympic title, her second medal after the bronze she took in PyeongChang four years ago.

"I was shocked when I crossed the line, I couldn't believe I was an Olympic champion," said an emotional Justine. "It's just magic. A moment I want to share." 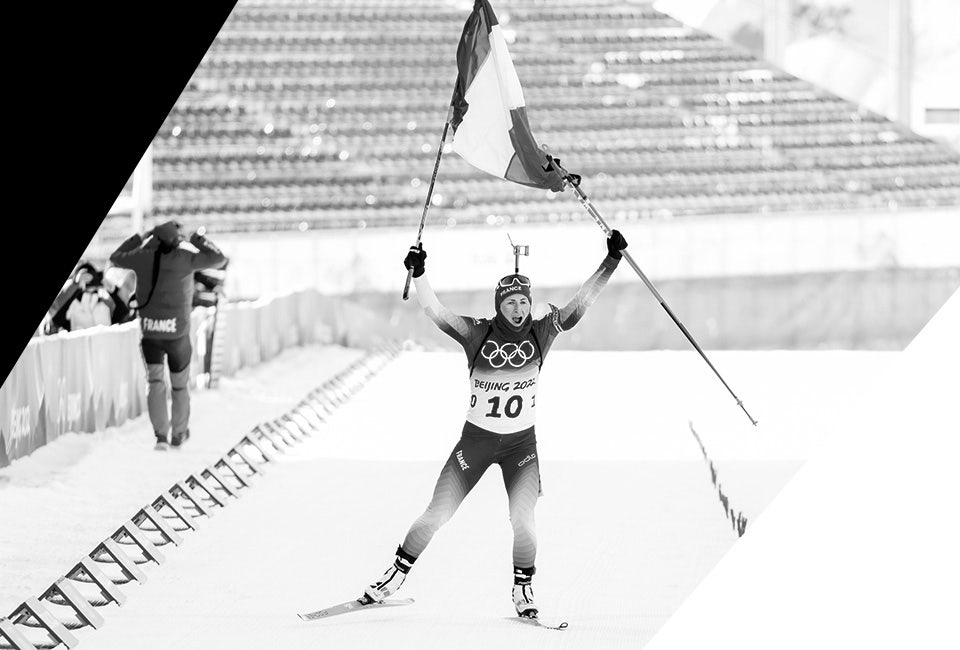 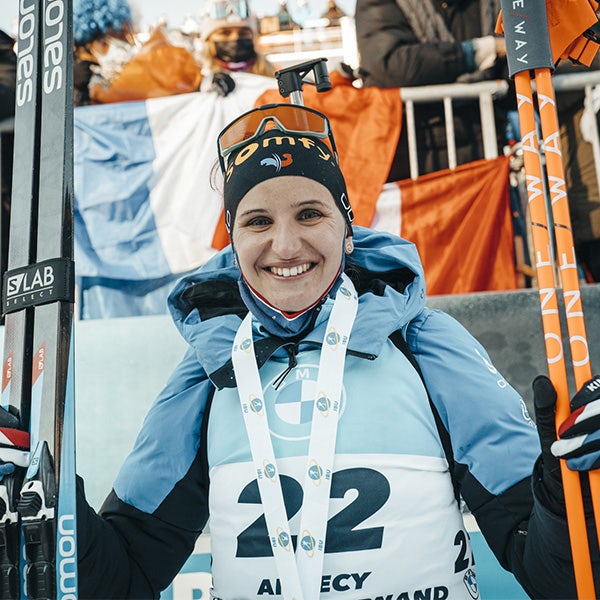