Julbo teamed up with Faction for its third feature-length film, Roots, uniting a star-studded team of skiers who, together, uncover the foundations of freeskiing.

Featuring #JulboAthletes Sam Anthamatten and Antti Ollila, Roots takes us on a journey through the vibrant spectrum of freeskiing in the backcountry of the Dolomites, spinning park laps in Ruka, and exploring the mythic peaks surrounding Verbier. 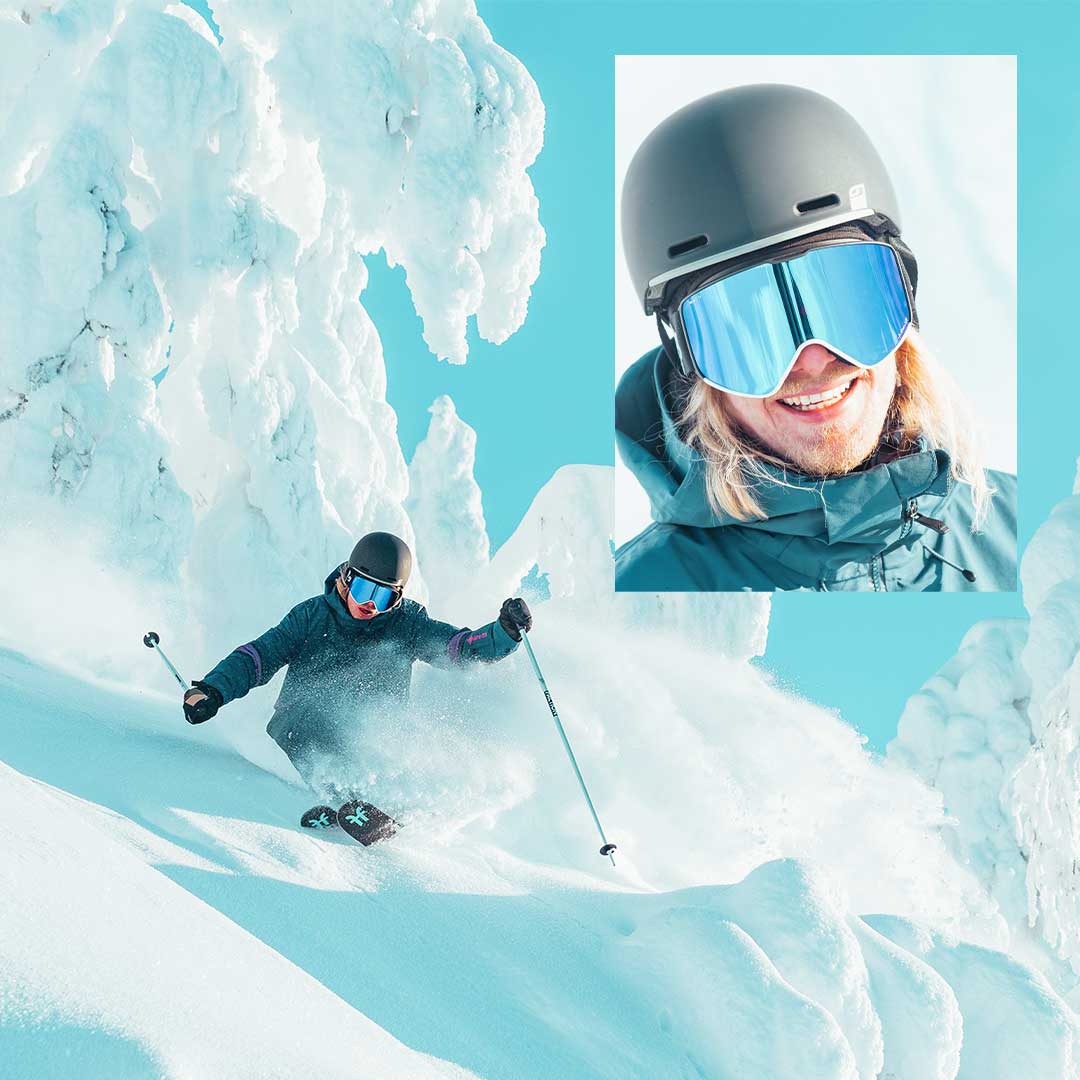 Antti Ollila was born in 1994 in Rovaniemi, Finland, a city north of the Arctic circle. Before becoming a professional freestyle ski-rider, Antti played a number of sports such as cross country, soccer and ice hockey. He told us that he “practiced anything I could try but at one point skiing took over.”

He discovered skiing on a little ski hill located 5 minutes away from his home. “It’s a tiny hill, maybe 200 meters high,” he recalled. Since the very beginning freestyle has been his focus. His only motivation was “doing and learning new tricks. I learned everything pretty much on my own. Before 12, I sometimes attended a ski club once or twice a week to have a session with a coach, but since then I have been on my own or with friends. Being coached is not for me.”

Once Antti graduated from the ski hill near his house, he took his talents to the big stage and competed in slopestyle and big air at two X games (2014 and 2015) and in the Sochi Olympics in 2014. In 2016, he realized the competition world wasn’t for him. “Competition skiing became a little stale and not that creative” Antti said, “It was not interesting for me anymore. I have been competing less and less over the years and don’t do any slopestyle anymore.”

Antti Ollila is a new member of the #Julboathlete team, and uses the Cyrius Goggles. “I feel that I am really part of the family. What I need is gear that performs well in all conditions and also looks good, and that’s what I get from Julbo. With REACTIV goggles like the Cyrius, I don’t need more than one lens when skiing because the lenses adapt to changing light conditions. I haven’t seen a product like this before.” 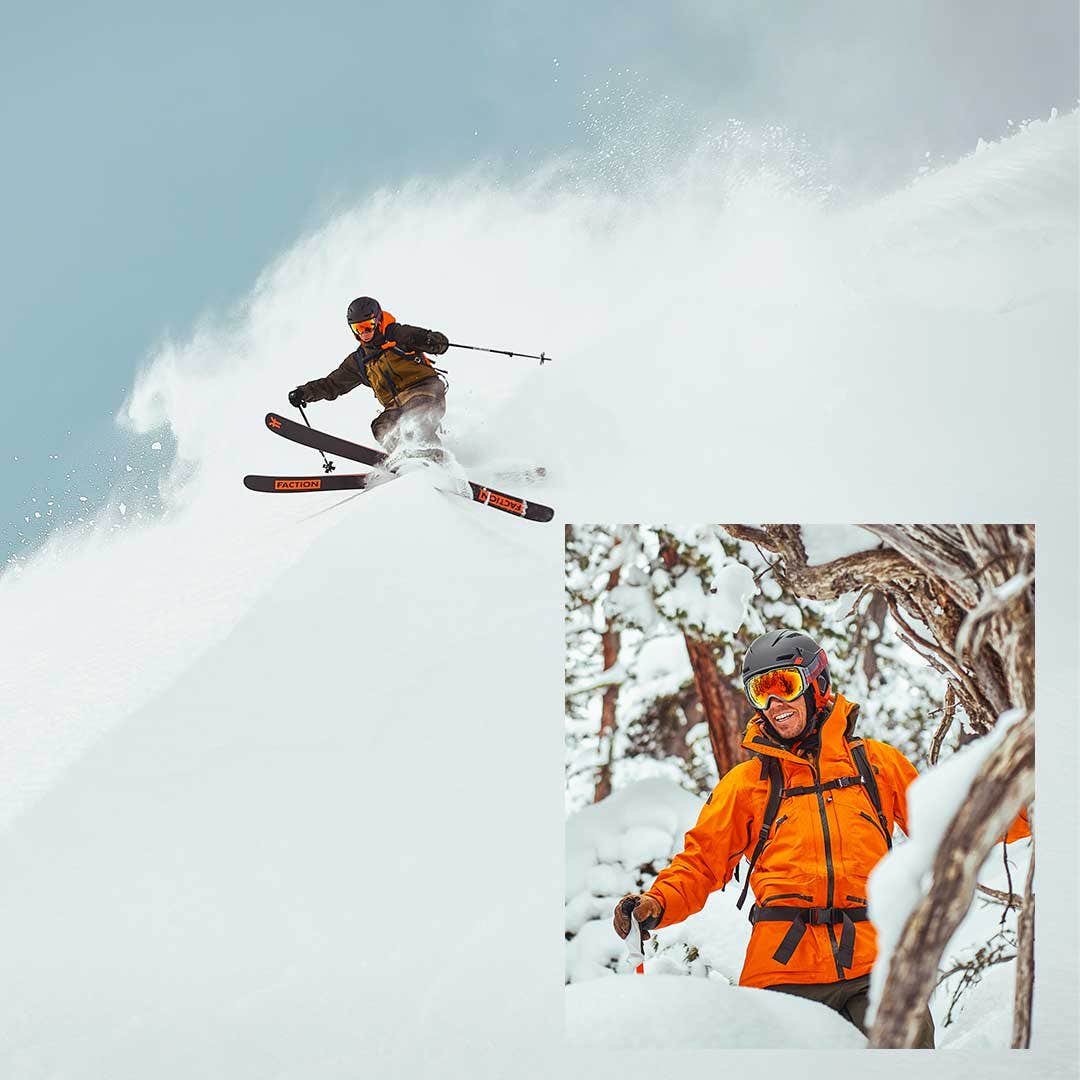 Samuel Anthamatten, born in 1986 in Zermatt, Switzerland, is a freeride skier, but he calls himself a “mountain guy.” “It is what shaped me and my career,” he says. Since a very young age, Samuel has enjoyed exploring the mountains. At first he went with his parents and siblings, Simon, Martin and Marillia, while hiking on weekends, then solely with his brother Simon who has always been his mentor. “He was my driving force. When I was 10, Simon was getting into climbing and he needed somebody to belay him. I could barely handle a rope, but I was his only companion, so I had to do it.”

His skiing career changed in 2010 after a phone call. Nicolas Hale-Woods, the director of the Freeride World Tour Organization offered him a wild card to compete in the Freeride World Tour. The year after, during his first season, he finished second overall and even won on the Olympic stage in Sochi “It was a big change for me because I saw the potential I had in skiing. It’s when I changed to become a professional freerider.” He used the competition as a springboard for his skiing career, allowing him to launch into the ski scene while still practicing alpinism on the side. “It was natural to combine both: competitions were over at the end of March, beginning of April. I still had two months to do very good skiing in the mountains.”

Samuel has been an instrumental part of the #julboathlete team and, as he says, is “proud to have been on the team for almost 15 years. It is a super cool collaboration. The products are super good, quality is there. I can go climbing, skiing, biking, and paragliding, with super good protection. Julbo has a huge history in sunglasses, and they are one of the best.'' He also explained that “in a lot of my activities, I am exposed to danger and I cannot allow myself any mistakes. You need the best gear on the market, and I really think I have that with Julbo. The consumer wants the same goggles for all winter, but the sunlight is not the same in December compared to March or April. So, with Julbo you have one goggle that is super adaptable to all conditions thanks to REACTIV lenses.”