What happens in the mind of a biathlete?  Time to get your thinking cap on. What tips you from podium honors to the purgatory of the penalty loop? If you have the answer, Julia Simon might be interested. At 25, the biathlete from the Plateau des Saisies has already experienced it all. Both the worst and the best. 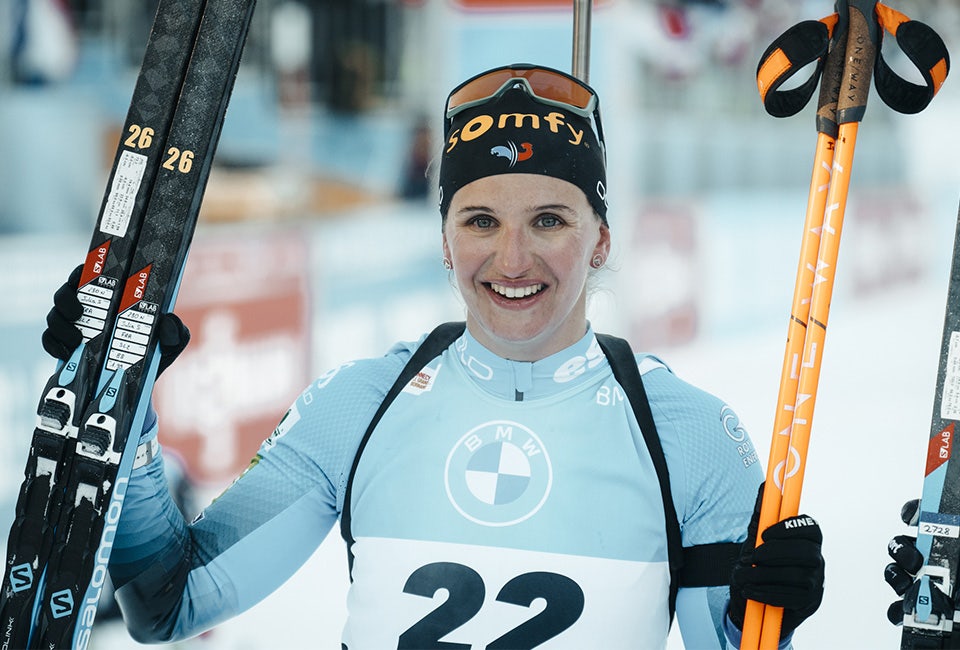 The Julbo biathlete comes from the Plateau des Saisies in the French department of Savoie. Thirty years after the Winter Games in Albertville, Nordic skiing is part of the local culture. Here, in the Beaufortain massif, multiple generations have taken to their skies with the same degree of passion. Julia Simon grew up in this land steeped in history. And it was at the age of 21 in the winter of 2017 that she won her ticket to the World Cup. And the Savoy native is fast. Both on skis and at the shooting range. In a few short weeks, her destiny changed course. 5 December 2019: her first podium with 3rd place in the individual event in Ostersünd. 14 March 2020: victory in the pursuit in Kontiolathi. She finished the season ranked 8th in the world. The future was looking bright. The young lady, who’s also a qualified carpenter, a passion she shares with Simon Desthieux (another Julbo biathlete), did it again the following winter with second place in the mass-start in Oberhof. 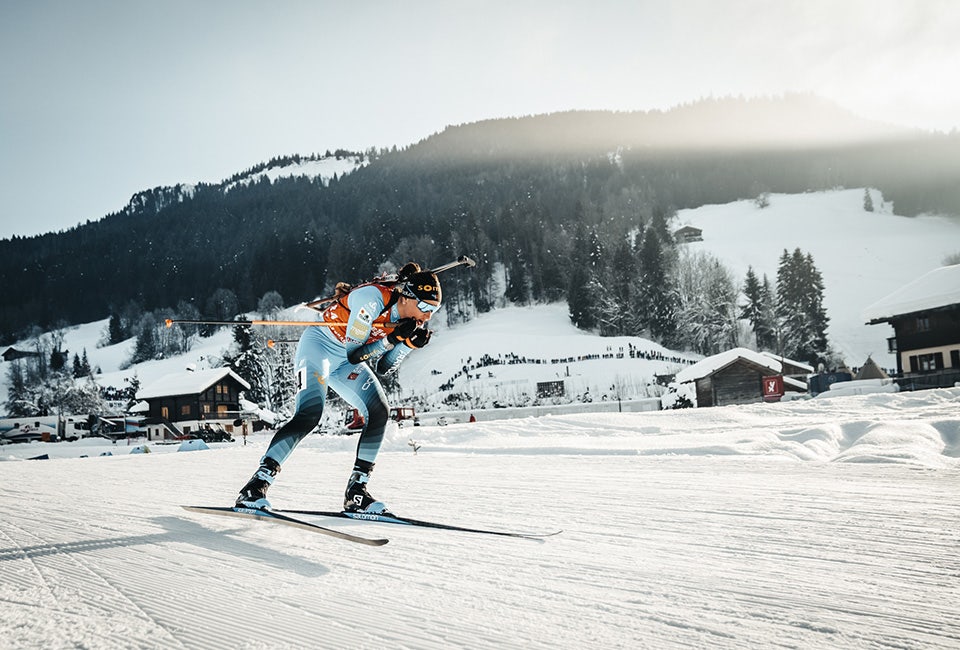 Julia Simon stood out in the mass-start. Where the confrontation is most intense. And most spectacular. But at the start of winter 2021, the machine jammed. She couldn’t understand. She didn’t mince her words on social media: "I feel like I’m in a nightmare, where I’m stuck in the penalty loop without ever finding the exit... I don’t have words and for now I don’t have the solution." Deliverance came in December in front of a raucous crowd in Grand-Bornand: second in the mass-start and the pursuit. So she’s back, the negative vibes driven from her brain: "You can dig deep when you’ve got a crowd like that." In mid-January, she completed the work of her relay friends, waving the tricolor over the finish line at Ruhpolding. At the age of 25, Julia Simon continues to learn. And this winter will mark her debut at the Olympic Games. Her doubts firmly shelved. Ready for a great adventure. 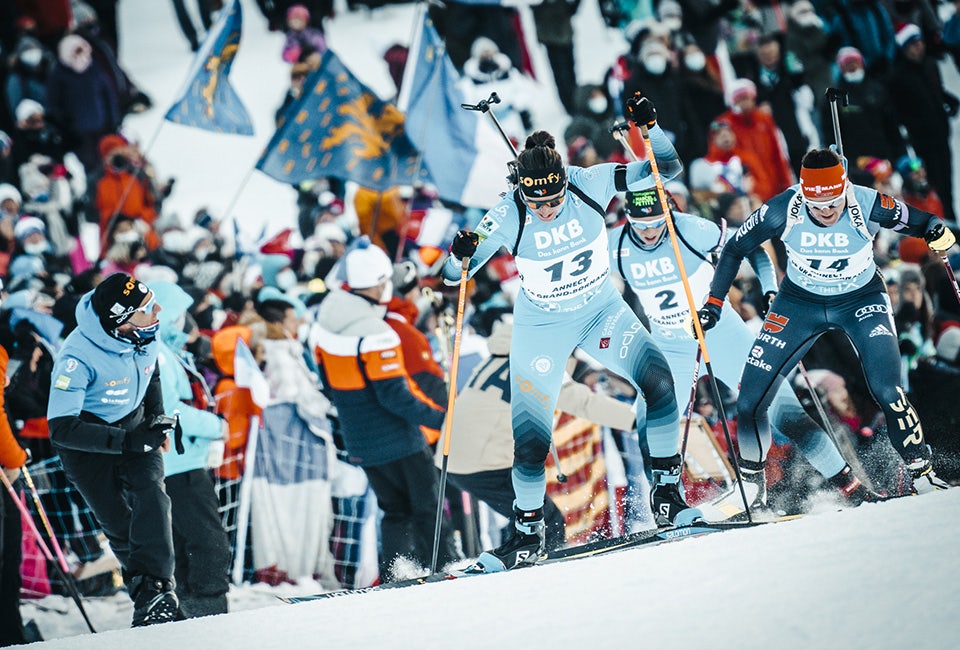