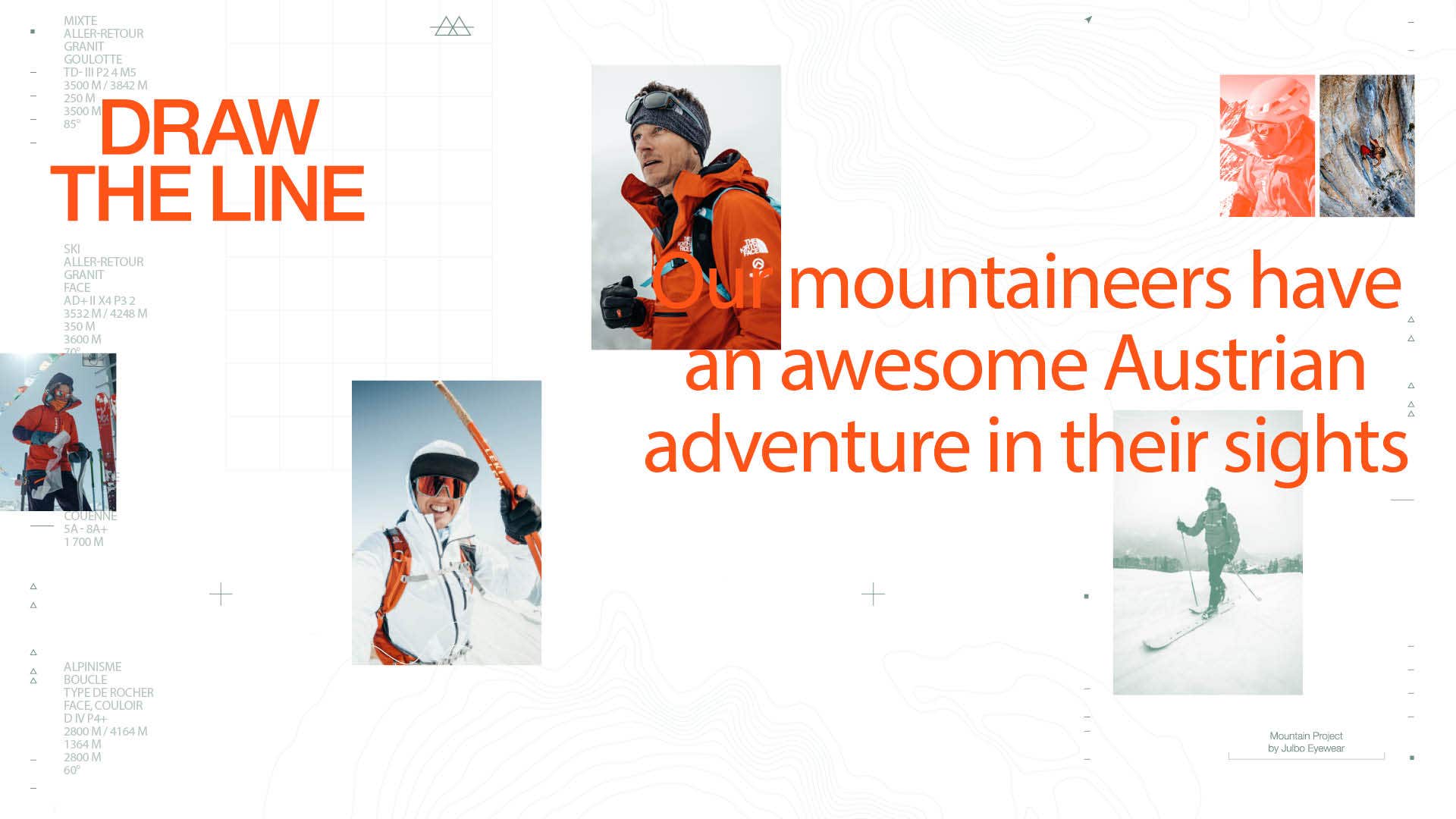 Draw the Line #2: Our mountaineers have an awesome Austrian adventure in their sights

Ready to relive an adventure shared between our athletes and you? After a first successful trial in the Mont Blanc massif in June, we've decided to set up a new alpine adventure where you're the heroes! Draw the Line is back in early September, but this time it will be in a playground we're less familiar with: Tyrol. In the birthplace of alpine skiing, local boy Philipp Reiter is keen to show us that ice axes and crampons need to be just as sharp as the finely honed ski edges of the best downhill riders on the planet. So, are you ready to set off with our athletes to the Austrian summits? 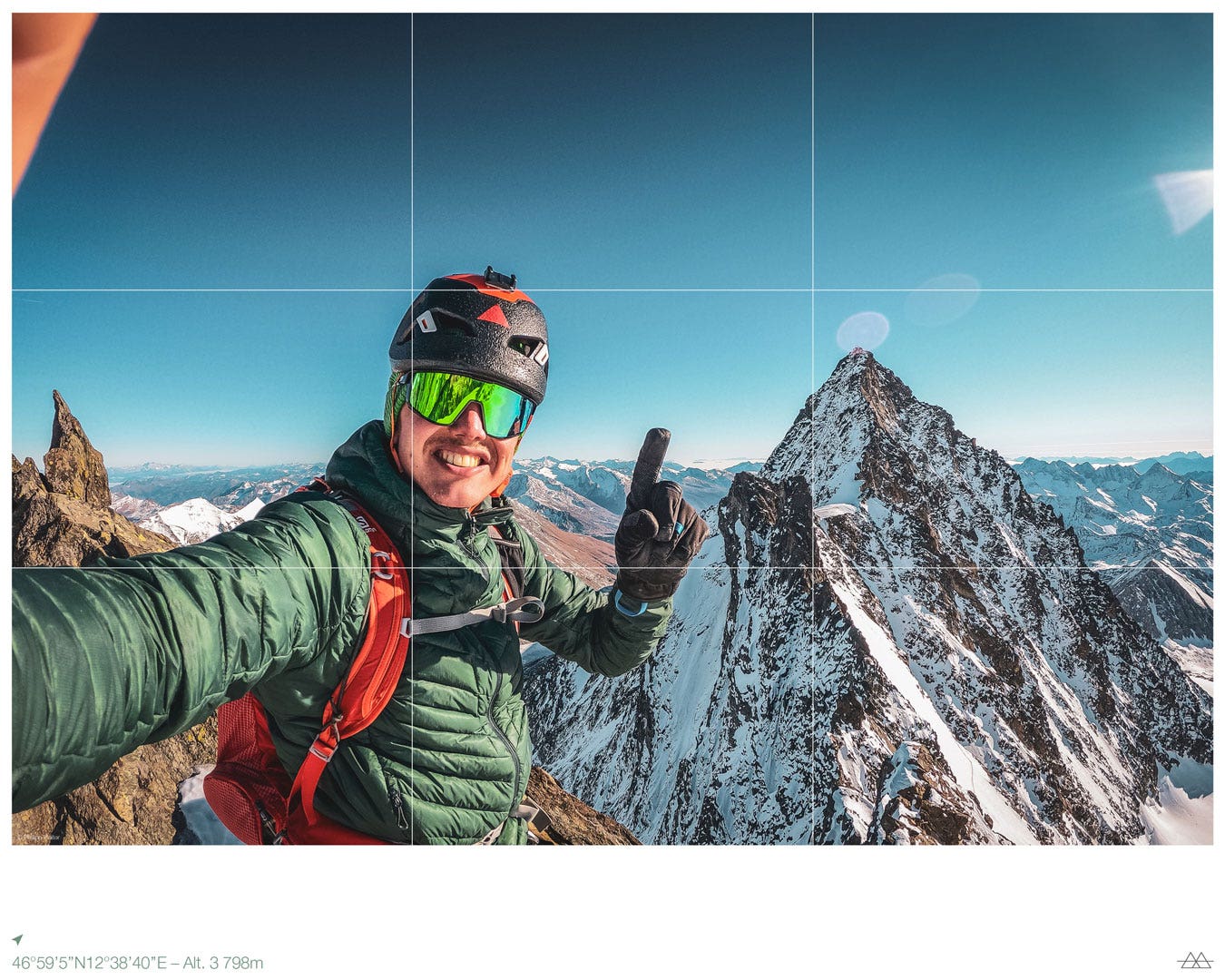 When people say Tyrol, you might think of traditional lederhosen, the boisterous après-ski scene in Ischgl, and the terrifying slopes of the Streif (a downhill ski run in Kitzbühel). But Tyrol and the Austrian mountains in general, are first and foremost a huge alpine playground rising to over 3,800m, suitable for both summer and winter fun! A perfect setting for this second edition of Draw the Line.

Under the leadership of Philipp Reiter, a local with skills in many areas (photography, trail running, mountaineering and... après-ski), the illustrious rope team  created for the occasion includes Caro North and David Göttler. Despite their status as world-famous mountaineers who've explored many peaks around the globe, neither Caro nor David have yet to get their crampons on Austria's highest summit, the Grossglockner! So for this "premiere", our three athletes obviously want to do things their own way, taking little-used routes and varying the sporting disciplines they use (biking, trail running, mountaineering, climbing and paragliding). And while the main peak has been defined as an overall goal, it's YOU WHO MAKE THE DECISIONS for everything else! Because the concept of Draw the Line means that the Julbo community interacts live with our athletes via social media to help them draw the line they'll follow on the ground, based on the weather conditions at the time.

Missed the first episode and want to see what it's all about? Walk this way… 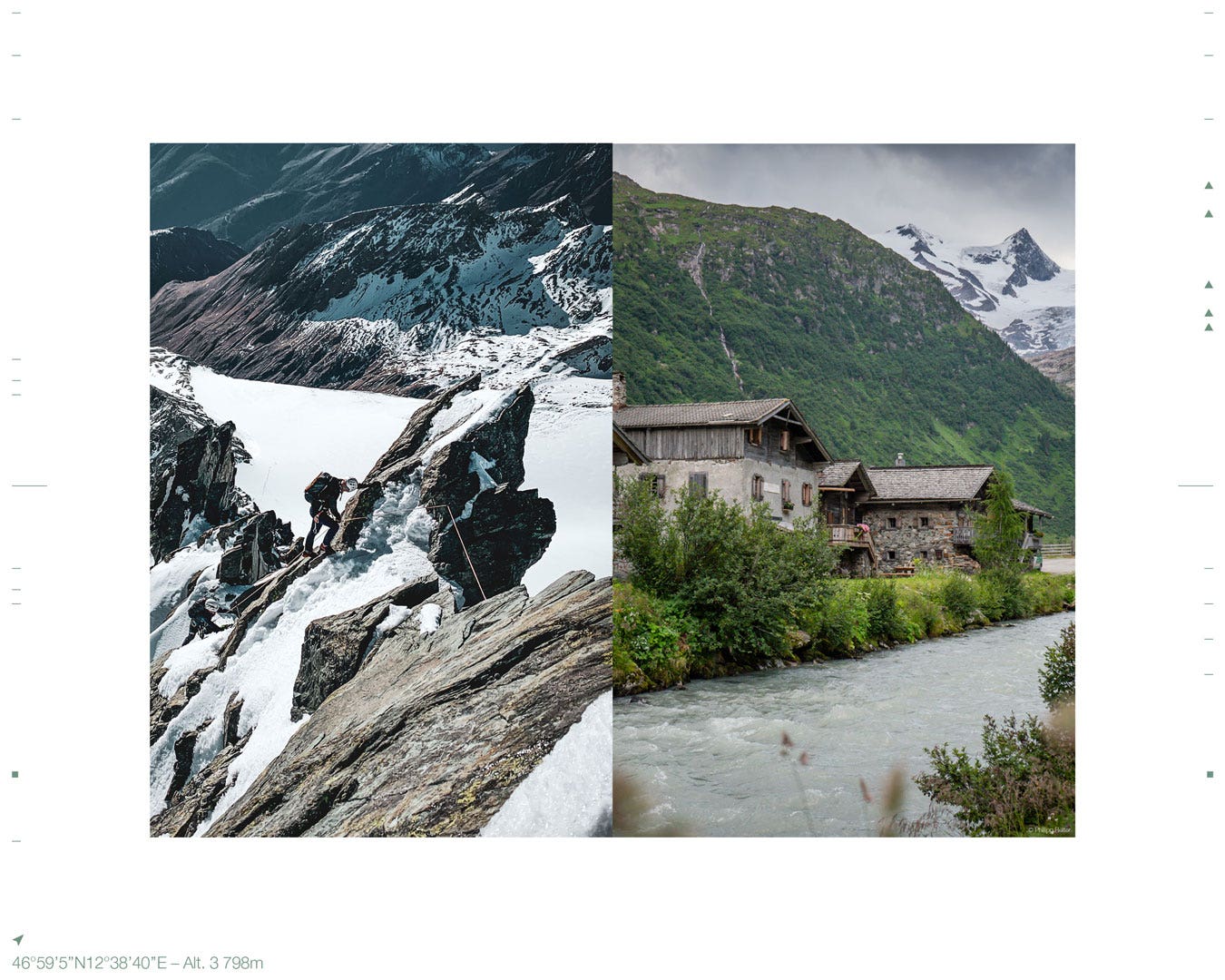 In the meantime, here's the pedigree of the three athletes you'll experience this half-virtual / half-actual epic trip with: 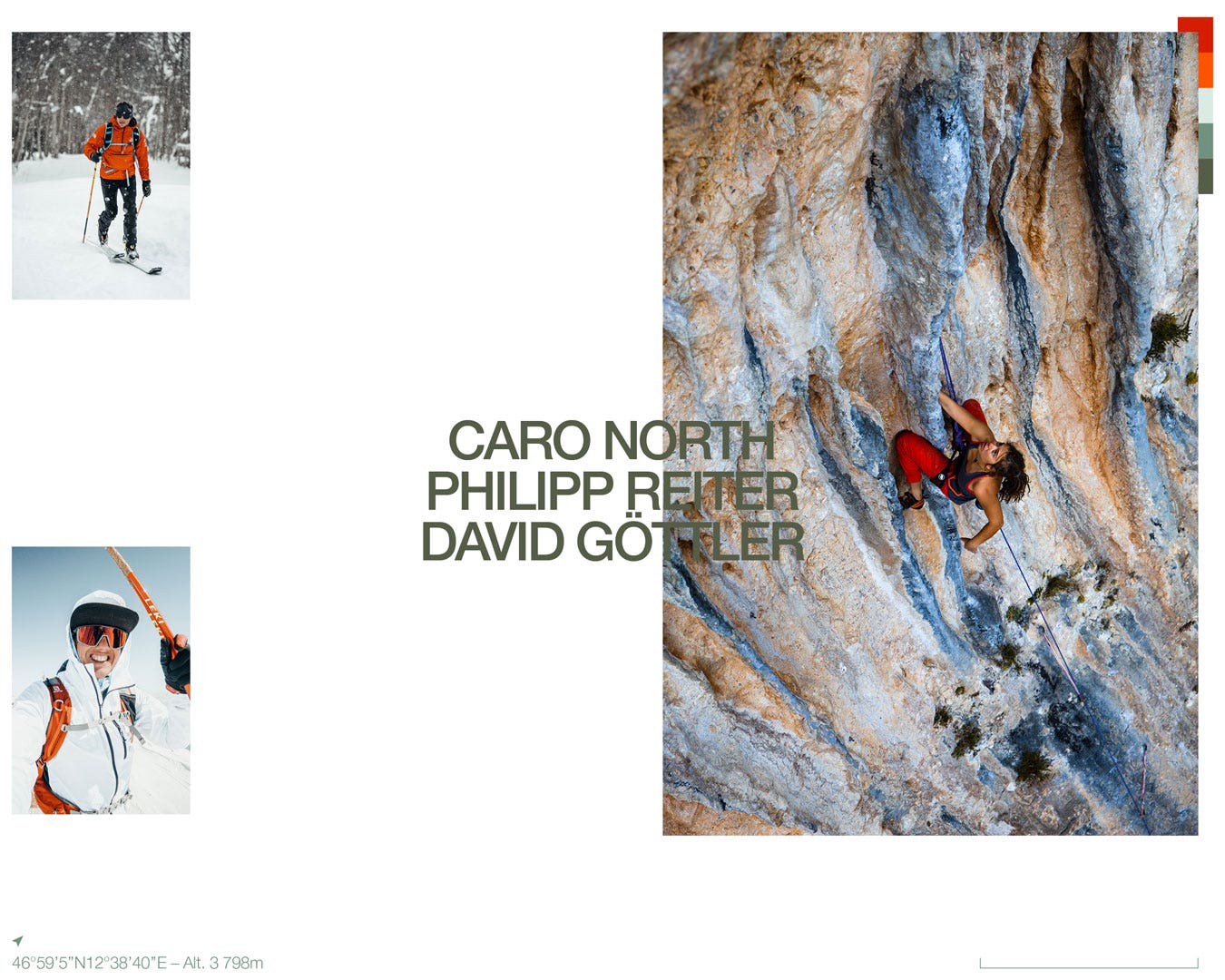 Are you familiar with a summer high-altitude version of Austria? For our part, we have to admit that we're clearly heading into the unknown! And that's what makes this project even more exciting. For this second edition of Draw the Line, each person invested in the project (here in Longchaumois, but also our production team on the ground and even our athletes) will make new daily discoveries in this magnificent landscape thanks to you. Through polls, questions and different kinds of interaction, this Austrian adventure is sure to have its fair share of surprises.

Just days from the start, the only certainties are the composition of the rope team and the gear we're taking with us. So, weather permitting in a window from September 6 to 9, you'll have the opportunity to experience life on the ground as our athletes bike, run, climb, crampon and maybe even fly!

We'll see you on Monday, September 6 at the end of the day as they set off from Matreier Tauernhaus, a traditional guesthouse. Remember to stay connected for all the action! 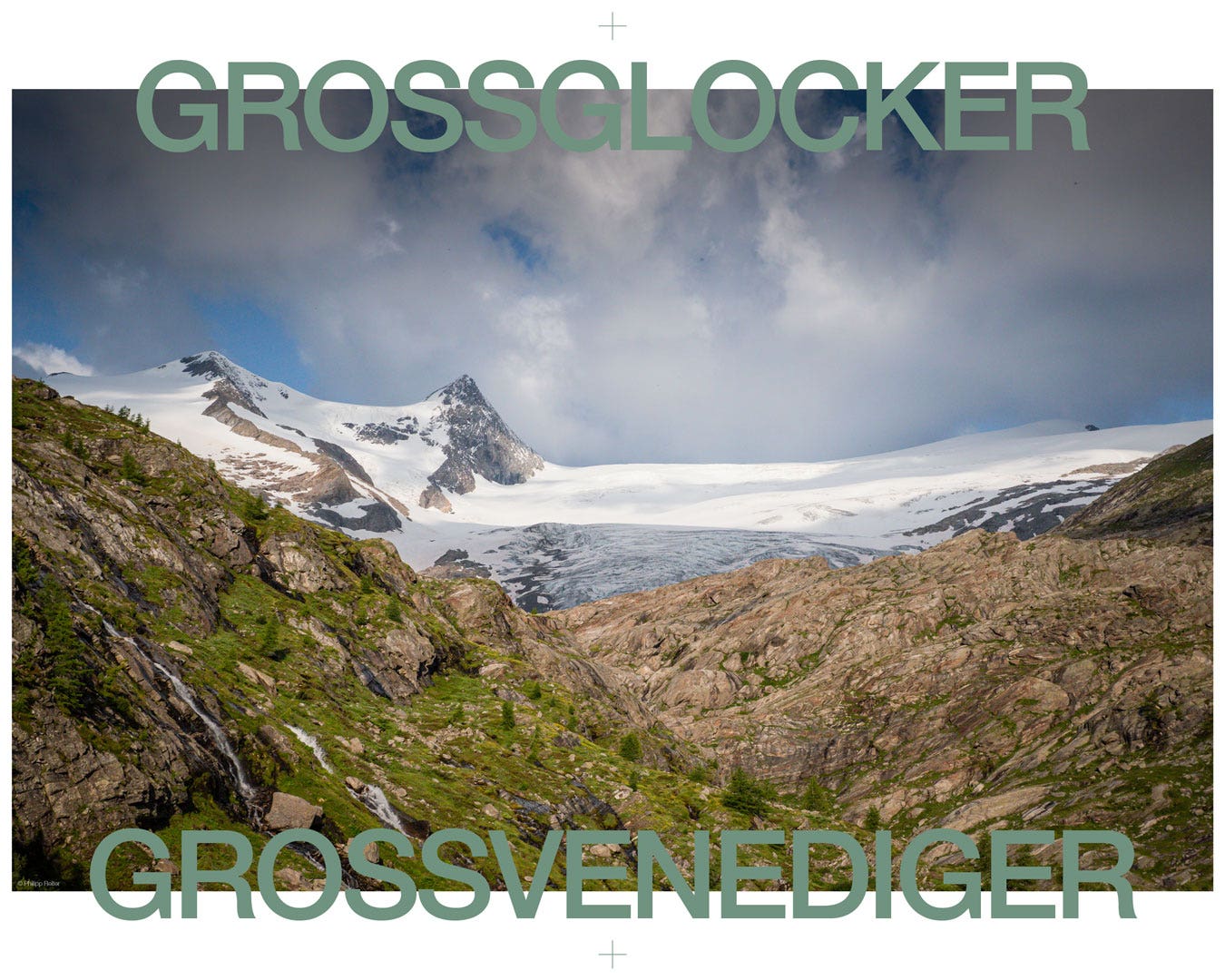