THE HIDDEN PATH #7 – A DECISIVE RACE

Preparing for the race of your life often requires a great deal of time and effort. And preparation involves a number of aspects: self-denial, mental strength and, sometimes, an element of luck. Competing in the Olympic Games is the holy grail of every top athlete. That’s what Maxime Marotte is training for and the objective that inspired ‘The Hidden Path’. But before he could think about competing in the Olympics, Maxime had to get selected for the French team –  a challenge almost bigger than the race itself, given the number of riders competing for a red, white and blue jersey this year.

This time, luck was against Maxime, significantly reducing his probability of qualifying. The Julbo athlete tells us about his make-or-break fortnight and the two world cup races that left a bitter taste in his mouth, but more importantly, he tells us about what’s next for him.

Maxime, when we began The Hidden Path a year and a half ago, we had absolutely no idea of everything that was going to happen, not least this outcome. Looking back on this time, what’s your take on it?

"We definitely didn’t expect all that to happen. Originally, The Hidden Path was only supposed to last for one season, leading up to the high point of the 2020 Olympics. And then all those unimaginable things happened... It gave us so much material to film, we decided to extend the narrative so we could tell the story leading up to the crucial point of the Olympics qualification.

Both personally and professionally, we had to come up with new plans and strategies again and again. It was a trying time, but an exciting one too. In the last year and a half there have been so many upheavals, I think the time we’ve been living through is totally unique. It’s enabled us to tell a lot of stories. This is my story, warts and all... At times, there’s the euphoria of success, and at others things get pretty tough, but we do tell the whole story. And The Hidden Path shows my real life, the life of a top athlete who changes teams at a crucial point, races that go well and others that go less well, but also personal events... It pretty much down to chance that there was such a varied chain of events, but I think that has made it all the more interesting for everyone watching the web series. All that’s missing is the happy ending of an incredible performance at the Olympics!"

We knew that the two first world cup races of the season would be decisive for Olympics qualification, and that five French riders were vying for just two places. Tell us how that fortnight played out.

"Things started off very badly just a week before the opening world cup event in Albstadt, Germany. On my last big training run, just as I was starting the last acceleration of the session, I got distracted and came off almost absent-mindedly. I ended up faceplanting the ground, hitting a little tree branch that was sticking out. I got up, thinking no real harm had been done, but my lip was bleeding. It wasn’t until a few minutes later, when I came across some walkers and realised they were kind of shocked at my appearance, that I realised the damage was worse than I thought. My lip was literally shredded. I went to hospital and came out with four internal stitches and ten external ones!

I know that falls don’t happen by chance and that I was definitely tired, coming to the end of my preparation cycle. Luckily it was just cuts and bruises, but my sunglasses definitely saved the day, because if I’d got that branch in my eye it would have been a whole different story! Thank you Julbo..."

"The blow to my head, which I thought had been pretty harmless, did end up causing some bruising, and had some nastier consequences that became apparent a few days later. Two days before the first short track, my cardiac data showed that my body was still fighting the inflammation... That race on the Friday was so intense, and I messed it up completely No surprise, really. On the Sunday, my coach warned me not to expect to be on top form. At that point, I knew that I was really working towards the following week, which meant that qualifying was going to come down to not two races but one. At that first XCO of the season, I did make good progress up the pack in the first part of the race, just outside the top ten; a good pace, but I couldn’t keep it up for very long because I was lacking in energy.

The day after that tough week in Germany, we left with the team for the second leg of the world cup in Nove Mesto, in the Czech Republic. My feeling was starting to improve bit by bit, despite the cold and the terrible weather, and I was in good spirits. The short track confirmed I was feeling ok. After putting in a huge effort for about 30 minutes, I finished in sixth place, just off the podium. That fired me up for the Sunday race; I felt like a gladiator, ready to fight to the end. But the selection course in Nove Mesto left no room for the slightest weakness, and after starting off in good position, my body ran out of energy. I just wasn’t able to stay in touch with the top five, to qualify for the Olympic Games. Towards the end of the race, once I’d realised my goal was out of reach, I more or less freewheeled the rest because I was so gutted...

Looking back, I still think I’m happy with my attitude. Ten years ago, I would definitely not have had the mental strength to keep motivated like that for two weeks, with so little chance of success."

So that’s the end of the story, but not of the 2021 season. What are your goals for the second half of the season?

"After a few tough days getting over the bitter disappointment, I soon bounced back, and I’m now working towards other goals. The remaining world cup races of course, but mainly the French, European and world championships. And I may even enter the Cape Epic at the end of the season, too.

I’m also starting to regain my form, having just come sixth in the third world cup event. That’s made me feel better about things."

What have you taken away from the full-on experience of having a film crew following you around during those tumultuous 18 months?

"Mainly that I’m very happy with it, because it’s true to who I am and my day-to-day experiences over that time, and it’s told in a really lovely way. Sometimes, when I re-watch some of the episodes, I feel quite proud, because the ‘artistic’ result is better than I thought it would be, without it coming across as stagy. Committing to a project like that turned out to be quite an undertaking, because I had to reveal some quite personal things about me, but I did it because I wanted to.

Now, when I watch an episode, I don’t think I wish I could change this or that. But with hindsight, it seems to me that the pandemic really did change things for me as far as Olympic selection is concerned, because at the start of 2020 I was in the running... But I’m not someone who dwells on what might have been, I prefer to look ahead."

To round things off, is there anything else you’d like to say?

"It’s been a huge pleasure to share my daily life as an athlete and illustrate all the ups and downs that are part of the hidden path of top-level sport. Unlike on social media, where you only really post positive messages and don’t always tell the whole truth, there was no pretending.

I would of course like to thank Julbo for their support for this project, because we would never have been able to create content of this quality without them. I would particularly like to thank them for putting their faith in an outsider. Because Julbo has some sure-fire winners on their team, like Martin Fourcade and lots of others, too. Often, you only hear the stories of people who win everything, and I’m not one of those people who win everything...

Hats off, too, to Félix Le Blanc, the director, for his commitment to the project. He sometimes made me feel like a superstar in a major sport! That made me want to give even more.

And of course, I wish all the best to the French riders who’ll be representing us at the Tokyo Olympics. We compete in a sport where everyone wants to win, but sometimes you have to be able to lose with dignity to be at peace with yourself. When others achieve, you have to be able to recognise that. I know just how hard they have worked to get selected at the start of the season. And I have no doubt that they will be pedalling even harder when the Games start, while sparing a thought for the other French riders who would have loved to be in their place, wearing a blue, white and red jersey in Japan. That will give them a real boost, I’m sure it will."

And so, after seven eventful episodes, that is the end of The Hidden Path. But it’s not the end of the story. You can be sure that Maxime has plenty yet to share with us over the next few weeks.

Missed an episode of the web series? You’ll find them all on our Youtube channel 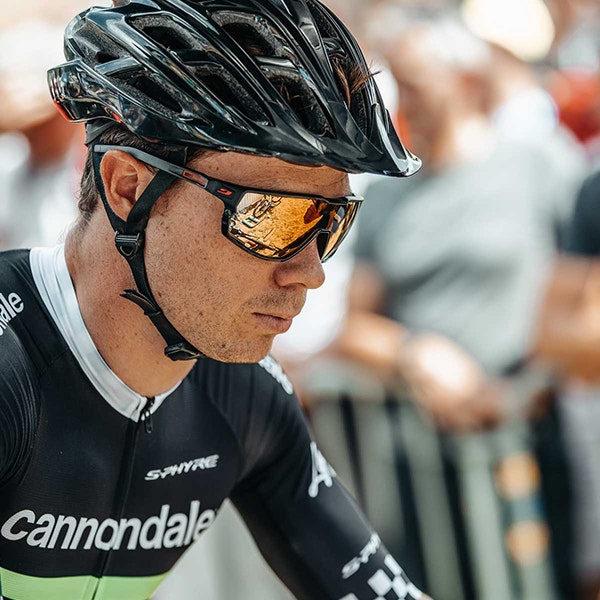